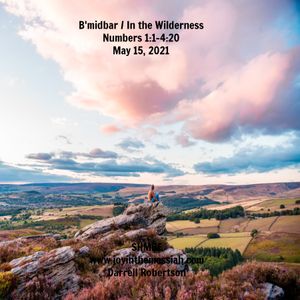 B’midbar, In the Wilderness; is about a journey. This is a journey to. Shemot, Names, was also about a journey. That was a journey from. The books Shemot and B’midbar have some several similarities. They are both about journeys.  In both books the Israelites are often ungrateful and complaining. They argue amongst themselves and with Moshe. In both, the Israelites commit a major sin: in Shemot, the golden calf, in B’midbar, the episode of the spies.  And in both of the books, God threatens to destroy them and begin again with Moses. Both times, Moses pleads with God to forgive and spare them.
However, these books have differences. Shemot is the story of an escape from slavery.  In contrast, in B’midbar the people have already left Egypt far behind, spending a long time in the Sinai desert. They have received the Torah and built the moving Tabernacle. Now they are ready to move on. This time they are looking forward, not back. They are thinking not of the danger they are fleeing from but of the destination they are heading toward, the Promised Land. The same, yet so different.
The Israelites left Egypt, carrying their baggage, often nursing their wounds, complaining and longing to return to the coolness of the cucumbers. They hadn’t let go of the past, of their slavery. They had to learn to let go, to change and grow and move on, and not wanting to ever return. In B’midbar, they are moving forward. If we had never read the Torah before, we might assume that the second half of the journey would be more positive and the people more hopeful. After all, the great dangers had passed, Pharaoh had let the people go, only to chase after them then being defeated by God at the Red Sea where God miraculously saved His people. They had fought and defeated the Amalekites. They knew that when God was with them, for He had shown them over and over again that He was the prevailing entity. What was to worry about?
However, just the opposite is true.  B’midbar can seem a bit darker than Shemot. The rebellions are more serious. Moses’ leadership is more hesitant and he succumbs to anger and despair. We learn as we read and study B’midar that the journey from is always easier than the journey to.
So much like us.  We leave Egypt, only to carry our baggage with us, longing for the past, for it was comfortable and we ‘knew it’. Yet, we are excited to leave our bondage and follow God as He calls us. The journey ahead of us is strange, and at times scary as we venture into the unknown. Yet, this is exactly what God commands us to do; leave the past and cross over.  Yet, we hesitate for we knew the past, here we are venturing into the unknown. We can flee from danger, we seek peace. But in fleeing to another life, we become strangers in a strange land, having to learn new skills and adapt to the God we serve, instead of living in our own bondage.
Our mind set should not be on what I am leaving, but rather how can I serve God into where I am going? We know the bondage that we are to leave, it is the unknown of our new relationship that we wonder.
Luke 9:62 ‘Yeshua said to him, “No one who puts his hand to the plow and looks back is fit for the kingdom of God.”
Genesis 19:17 ‘And as they brought them out, one said, “Escape for your life. Do not look back or stop anywhere in the valley. Escape to the hills, lest you be swept away.”
Genesis 19:26 ‘But Lot's wife, behind him, looked back, and she became a pillar of salt.
Philippians 3:3-14 ‘Brothers, I do not consider that I have made it my own. But one thing I do: forgetting what lies behind and straining forward to what lies ahead, I press on toward the goal for the prize of the upward call of God in Yeshua HaMashach.’
Isaiah 43:18 ‘“Remember not the former things, nor consider the things of old.
Matthew 24:17 ‘Let him who is on the housetop not go down to take anything out of his house.’
Luke 9:60 ‘Yeshua said to him, “Let the dead bury their own dead, but you go and preach the kingdom of God.”
The promise in Isaiah is comforting and soothes even the most weary.
Isaiah 41:9-10
“But you, Israel, are My servant,
Jacob whom I have chosen,
The descendants of Abraham My friend.
9 You whom I have taken from the ends of the earth,
And called from its farthest regions,
And said to you,
‘You are My servant,
I have chosen you and have not cast you away:
10 Fear not, for I am with you;
Be not dismayed, for I am your God.
I will strengthen you,
Yes, I will help you,
I will uphold you with My righteous right hand.’
If this is your journey moving toward the ways of God, be encouraged. He will never leave you nor forsake you. The path is narrow, but true.
Be blessed ~ Rabbi Jay Howard 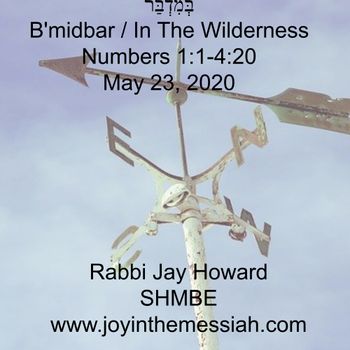