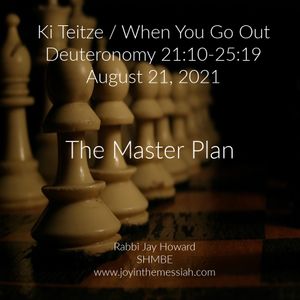 Yet, we see that "One mitzva leads to another mitzva; a single sin to yet another sin" as The Mishna states and explains why one should "run" to a light mitzva and "flee" from a light transgression. The reason is that one mitzva will lead to another etc.  There is also a second clause in the Mishna " the reward of a mitzva is a mitzva and the recompense of a sin is sin.” Doesn’t God reward our mitzvas with an opportunity to do another.  Our action causes a reaction.
In Deuteronomy 22:1-12 between the law of helping an ox or donkey, men and women not cross dressing, the parapet, mixing seeds, plowing with an ox and a donkey yoked, the wool and linen, and the law of tzitzits; is the smallest of mitzva of the mother bird. There is a negative command and a positive command back to back with the promise of long life.  ‘If you come across a bird’s nest beside the road, either in a tree or on the ground, and the mother is sitting on the young or on the eggs, do not take the mother with the young. 7 You may take the young, but be sure to let the mother go, so that it may go well with you and you may have a long life.’ Deuteronomy 22:6-7.
So, what is the Master plan within KiTetzei? God grants each person the ability to keep the Torah, just as a master gives his servant the tools with which to carry out his job.  His plan is that we simply obey even the most mundane laws within the Torah portions. The question might be asked: What difference does it make if we take the eggs from under the mother bird or when she is gone? The answer would be compassion.
God’s chesed began in the Torah. During the encounter with Adam and Eve, God had the authority and the opportunity to begin again, to annihilate the two for their rebellion and deception. He had every reason to dismiss the serpent to dust for his deception and twisting of The Word. But he showed compassion and mercy on the three.  But His chesed, His compassion began even before that. During creation God made a planet, the earth for man with all it’s goodness for man. And in creation was the birth of Shabbat, showing the infinite depth of His mercy for man to experience shalom. 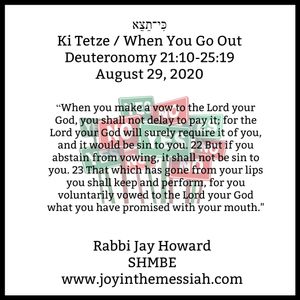 This parsha contains seventy-four of the 613 Torah commands. These include in chapter 21 the mitzvoh concerning the female captives, the firstborn inheritance rights, and chapter 21 closes with the Torah command concerning a burial. ‘If a man has committed a sin deserving of death, and he is put to death, and you hang him on a tree, 23 his body shall not remain overnight on the tree, but you shall surely bury him that day, so that you do not defile the land which the Lord your God is giving you as an inheritance; for he who is hanged is accursed of God.’
A Messiah should not hang on a cross, accursed by God and men, this was the central thought. The soldiers mocked Yeshua and others sneered:  ‘ And the people stood looking on. But even the rulers with them sneered, saying, “He saved others; let Him save Himself if He is the Christ, the chosen of God.” 36 The soldiers also mocked Him, coming and offering Him sour wine, 37 and saying, “If You are the King of the Jews, save Yourself.” 38 And an inscription also was [written over Him in letters of Greek, Latin, and Hebrew:  THIS IS THE KING OF THE JEWS. 39 Then one of the criminals who were hanged blasphemed Him, saying, “If You are the Christ, save Yourself and us.” They thought: ‘The one who was crucified and cursed could not have been the Messiah.’
Kefa/Peter knows this paradox when he boldly tells the Sanhedrin, the Jewish Council, that “the God of our fathers raised Yeshua from the dead - whom you had killed by hanging Him on the tree.” (Acts 5:30;  10:39; 1 Peter 2:24). So does Rabbi Shaul/Paul who “preaches a crucified Messiah, a stumbling block to Jews and foolishness to gentiles” in 1 Corinthians 1:23. And in Galatians 3:13 he declares:  “The Messiah redeemed us from the curse of the Torah by becoming a curse for us, for it is written: ´Cursed is everyone who is hung on a tree´.”  Paul is quoting from this parsha.
Both Peter and Paul use the phrase “hang on a tree” which we read in Ki Teitzei.  Paul, raised as a Pharisee in Jerusalem, knew this and knew that Yeshua hung accursed on the cross. But the Rabbi Shaul gives the correct interpretation. He knows that God has raised Yeshua from the dead and thereby demonstrated that He is the Messiah, meaning that the curse Yeshua carried on the cross was not His own, it was ours, the sins of the world. And by willingly taking the curse of the Torah of the law of sin and death on our behalf, He redeems us all from the curse of sin and death. Hebrews 9:13-10:18.
Joseph from Armithea also knew the Scriptures as we understand in Matthew 27:57-60, Mark 16:42, Luke 23:50-54 and John 19:38 as he removes the body of Yeshua. Deuteronomy 21:23 ‘… his body shall not remain overnight on the tree…’
Deuteronomy 22 contains the laws of morality and laws concerning sexual morality. In Deuteronomy 22:6-7 contains what is said to be the easiest of the commands of the Torah.  The Midrash states, “There is no easier mitzvah to perform than sending away the mother bird from the nest. And what is its reward? ‘So that you will benefit and you will live long.” Yeshua in Matthew 5:19  emphasizes that all the commandments in the Torah are critically important, even the ‘lesser’ ones: “Whoever, therefore, shall break one of these least commandments, and teach others to do so, shall be called least in the Kingdom of Heaven; but whoever shall do and teach them shall be called great in the Kingdom of Heaven.” Sobering thought.

In Deuteronomy 23:7-8 God gives unexpected commands against hate, both of which are surprising. The first one: “Do not despise the Egyptian, because you were a stranger in his land.” The Egyptians enslaved the Israelites, and planned a slow genocide, and then refused to let them go despite the plagues that were devastating the land. Are these reasons not to hate? The other side,  the Egyptians had initially provided a refuge for the Israelites at a time of famine. They had honored Joseph and made him second-in-command. The evils they committed against them under in Exodus 1:8:  “a new king who did not know of Joseph” were because of Pharaoh himself, not the people as a whole. Besides which it was the daughter of that Pharaoh who had rescued Moses and adopted him. The Torah also makes a clear difference between the Egyptians and the Amalekites. The Amalekites were destined to be enemies of Israel, but not the former. In a later age Isaiah in 19:20-21 would make a remarkable prophecy, that a day would come when the Egyptians would suffer their own oppression. They too, would cry out to God, who would rescue them just as he had rescued the Israelites.
The second one is the command “Do not despise an Edomite, because he is your brother.”  Genesis 25:23 implies that there will be forever conflict between these two nations. Malachi 1:2-3 states: ’Was not Esau Jacob’s brother?’ declares the Lord. ‘Yet I have loved Jacob, but Esau I have hated …”Why then does Moses tell us not to hate an Edomite? The answer is simple. Esau hats Jacob, but it does not mean that Jacob should hate Esau. To answer hate with hate is to be dragged down to the level of your opponent.
God makes it clear throughout the Torah however, that we are not to be influenced by, or to succumb to those against God and His ways. We are to be willing to fight the enemies of God but do not let ourselves be defined by them or become like them. We acknowledge the evil men do;

Psalm 97:10 ‘You who love the LORD, hate evil! He protects the lives of his godly people and rescues them from the power of the wicked.’
Romans 12:9 ‘Let love be without dissimulation. Abhor that which is evil; cleave to that which is good.’
Proverbs 13:5 ‘The righteous hates falsehood, but the wicked brings shame and disgrace.’
Proverbs 8:13 ‘The fear of the Lord is hatred of evil…’

But stay focused on the good and the love that is in God and His people. This is reiterated in the Renewed Covenant.

1 John 4:19-20 ‘We love because God first loved us. Whoever says, “I love God,” but hates his brother is a liar. The one who does not love his brother whom he has seen cannot love the God whom he has not seen.’
Proverbs 10:12 ‘Hatred stirs up conflict, but love covers over all wrongs.’
1 John 4:7 ‘Beloved, let us love one another: for love is of God; and every one that loves is born of God, and knows God.’ 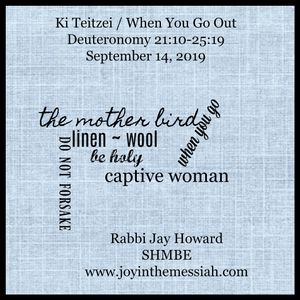